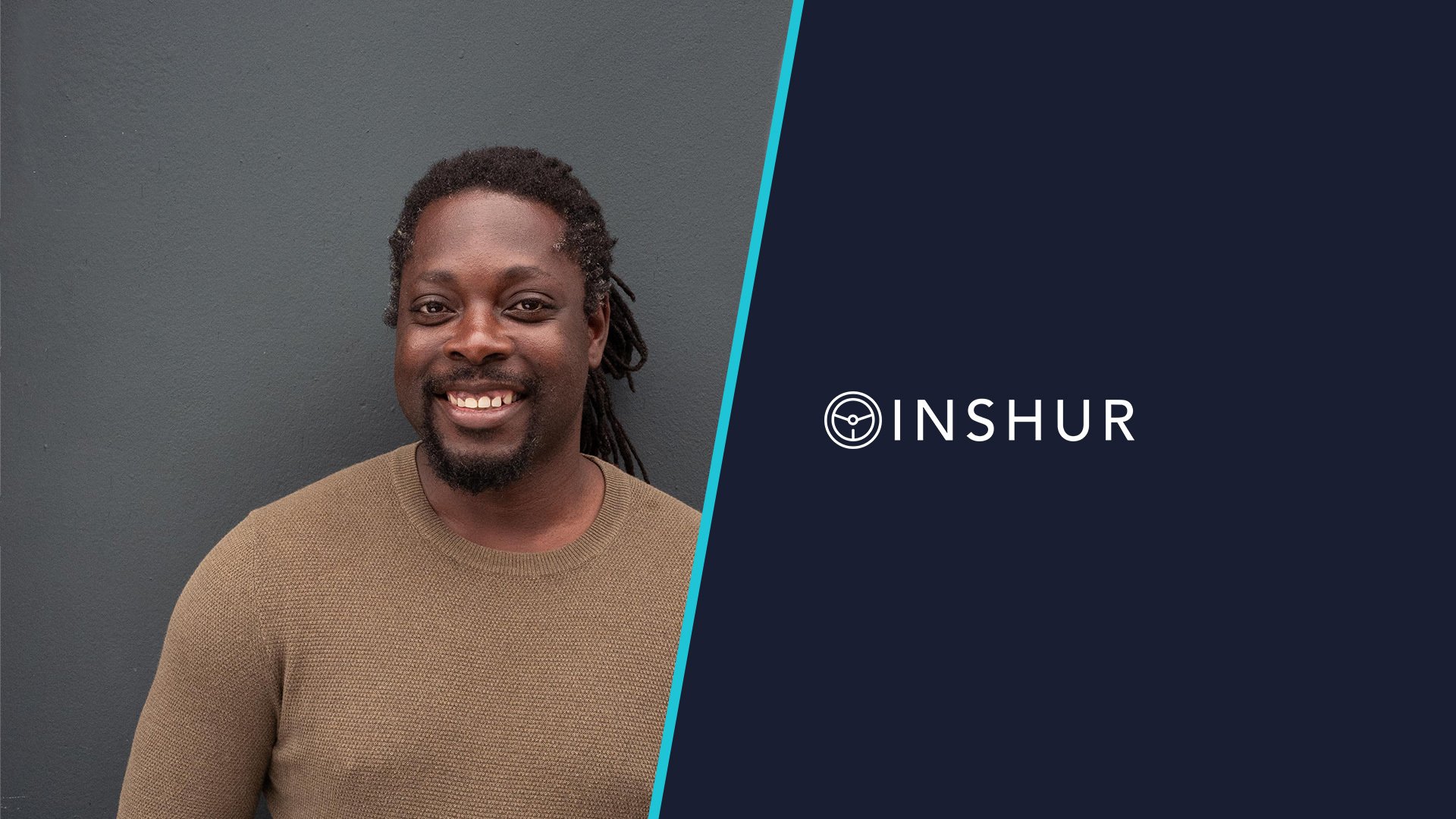 11 May In Conversation With Our UK Insurance Product Manager

Posted at 10:28h in Company Culture by Catherine Pearson

Wayne Thomas began working for INSHUR in August 2019 as the UK Insurance Product Manager. Having previously worked as a senior underwriter, he was already familiar with the insurance industry before coming to INSHUR. Here he discusses how he got started in the world of insurance, what surprised him about joining an insurance start-up and how INSHUR supports him to do his best work.

Hi Wayne! So first things first, what does your role as UK Insurance Product Manager involve?

My role is to basically define, enhance and reiterate the insurance elements of our UK products at INSHUR. By this I mean, outlining what it is that we are offering to our drivers from an insurance perspective. Given there are many factors to consider, I also need to have a bit of a handle on pricing, compliance, marketing and engineering. Equally important to my role is managing the relationships that we have with our carriers and partners, which means I also get involved with covering our claims, Third-Party Administrator management and queries.

What was your work background before starting at INSHUR?

Like most that I have met with an insurance background, it was never a career path that I considered and it all came about when a close friend referred me for an interview at an insurance broker in 2011. I started in sales and sold around five or six different insurance product lines. After around four years there, I moved to an insurance company as an underwriting technician, which gave me a taste for underwriting and I knew I wanted to pursue this more as my chosen path in insurance. I went on to be an underwriter, and then senior underwriter, at a company that covered nine to ten motor products. I was there for around three years and this brings me here!

“Working at INSHUR has given me an opportunity to build products from the start and enhance them continuously”.

What encouraged you to work at a start-up?

I think the main driving force for me was being part of something that’s in the process of being built from the ground up. From a personal perspective it gave me an opportunity to build products from the start and enhance them continuously. Also, INSHUR positions itself as a market disruptor that puts customers first, which given the resources we have in today’s market is something that does seem to get lost. Finally, I was intrigued by being able to take a fresh approach to insurance, particularly looking at how data is playing more and more of a role.

Given you’ve worked in insurance in the past, were there any big differences that you saw when joining INSHUR compared to your previous places of work?

I think that there are a few differences which always continue to surprise me. The previous companies I worked for were well established and had a generally fixed way of working. This can be of benefit, but at INSHUR there are still elements that are being built and worked on and we are constantly learning (in line with our value ‘we’re always learning!) which adds to the excitement. I also really appreciate that, throughout the course of working here, we frequently challenge the way that we think about insurance. Being able to use the insurance knowledge I have against a digital backdrop means that the team are always thinking out the box to reach solutions.

“INSHUR understands that having an invigorated workforce really helps with productivity”.

Have you seen a lot of change in the company and your role since you first joined INSHUR?

I think saying yes would be an understatement! When I joined there were about 20 people working with INSHUR in the UK, we now have around just over a hundred. I think what has really changed is that roles are a lot more defined now and you can see that with each hire we continue to add value to INSHUR. When I started it was very much ‘all hands on deck’, where you would chip in even if the topic wasn’t part of your role. What is good is that we still have this camaraderie, but now with a bit more direction and organisation.

How does INSHUR support you to do your best work?

I feel INSHUR understands that having an invigorated workforce really helps with productivity. It has been a difficult year for all of us and the transition that has been made to working from home has been seamless. There is no task too troubling for anyone and we have been able to maintain a high level of working together, albeit in 2D via video conferencing!

What’s next for you at INSHUR?

We launched in the Netherlands in the middle of last year and have also launched an exciting new product line to get couriers and food delivery drivers insured and on the road, so the focus right now is definitely on growth and ambition. I look forward to growing my team so we can give real insight into any new product lines or markets that we look to move into going forward.

Interested in working for us? If you would like to join a diverse workplace that values inclusivity, open-mindedness and autonomy, check out INSHUR’s open roles here.