It’s been more than 150 years since the first electric cars appeared. However, once they were eclipsed by the cheaper, more powerful and easier to fuel combustion engine, battery-powered vehicles faded away. But that was then.

In 2021, no matter if you’re in New York, London or elsewhere, with dozens of new battery-powered cars set to emerge from almost every mass manufacturer, we can expect to see a huge jump in the number of electric cars on our roads.

With this in mind, we’ve reviewed every battery-powered car on sale in 2021 in the UK and US to create a top-ten list of the best all-electric cars for UberX.

Here are the areas you should consider as a rideshare driver when buying an all-electric car:

Until recently, most all-electric cars were high-end luxury vehicles, with big price tags to match. They were far too expensive for UberX. However, more affordable options have appeared in the last few years, making the idea of using a battery-powered car for UberX a clear possibility.

Not so long ago, with their short battery life, electric cars had limited appeal to professional drivers. That’s all changed. Most of today’s affordable electric cars have a real-world range of more than 150 miles and some can go almost double that.

Thousands of new residential and commercial charging points are being added every day in the UK and the US. Very soon, electric car users will never have to worry about running out of juice again.

Additionally, some forward-thinking countries, like Norway, are developing Wi-Fi charging networks. These systems charge cars while they’re on the move, transmitting power to recharge a car’s batteries from the road to a receiver on the underside of the vehicle. This means no need for charging stations, permanent power and cheaper, lighter cars as batteries shrink in size.

Wi-Fi charging works by transmitting power from plates set in the road to receivers underneath the car. Transmitters will be placed wherever cars slow down, are idle or parks, such as traffic lights, toll booths, parking garages and taxi ranks. Norway’s capital, Oslo, is already working to install the system for use by its fleet of licensed taxis. Eventually, they will expand Wi-Fi charging to all cars across the country.

What We Consider in the Best Electric Cars for Uber Drivers

Any review of electric cars must consider features that do not apply to traditional gas/diesel vehicles. To achieve our top ten all-electric cars for UberX, we’ve looked at the following:

There are no gas/electric hybrid vehicles in this review. All selected vehicles run on battery power alone.

The power and range of an electric car is reliant on its battery pack. The more capacity it has, usually the faster and further it will go. Battery capacity is measured in kilowatt hours or kWh. The higher the number, the bigger the capacity.

Manufacturers make claims that their electric cars can go further on a full battery than is typically possible in the real world. We’ve found independent research that reveals how far each car will really go (its range) in real traffic conditions.

Manufacturers also tend to underplay how long it takes to recharge a battery. Once again, we give you the real times to refill a battery from zero to full – for a slow charge using a home wall-socket, for a fast charge using a special home or commercial outlet and for a rapid charge using a superfast commercial facility. (Rapid charging typically gives only an 80% fill, so the battery’s range will be reduced. Bigger batteries – kWh – also usually take longer to recharge).

Generally, the battery capacity decides this. The bigger it is, the faster the car accelerates and the higher the top speed achieved.

Vehicle prices are shown after government rebates that are meant to incentivise the take-up of electric cars. In the UK, a rebate of up to £3,000 is available per vehicle. In the US, a federal grant offers between $2,500 and $7,500 off the price of a new electric vehicle

Get your private hire insurance for Uber Drivers or TLC insurance sorted today: click here to download our app. If you are on a desktop, search for INSHUR in your app store.

The Best Electric Cars for Uber in the UK and NYC The car that ranked top in our Best Cars for UberX blog when in its gas/electric hybrid form is back at number one with all-electric power. Everything that made the Ioniq Hybrid our favourite remains – good looks, classy interior, crisp handling and intense attention to detail – except with battery power the car is even better. Smooth, quiet and comfortable on the road, the Ioniq Electric benefits from lessons learned from its hybrid cousins, which means good reliability is a given. Add in a keen price, decent range and acceptable charging time and the Ioniq still has the edge on all the rest. Coming in at number two is the ID-3, just one of a new range of ID models from Volkswagen that will take the world of battery powered cars to a whole new level.  With cool looks, amazing performance, a huge range and a great cargo capacity, this car is a perfect choice for UberX. The only catch? It’s not available in the US. 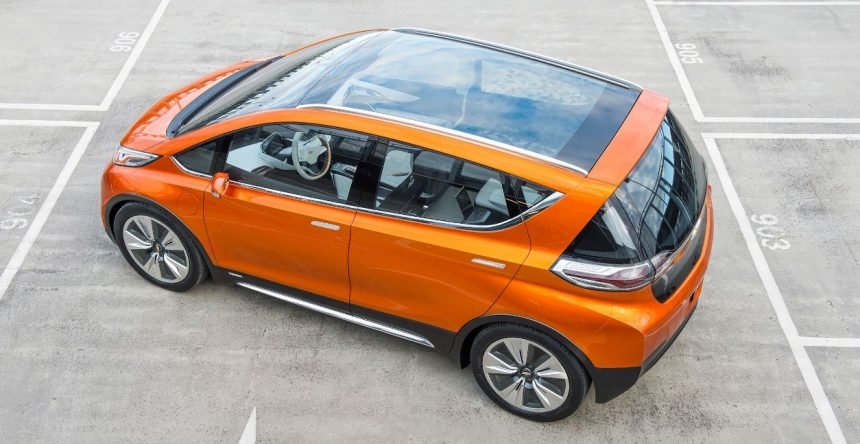 Chunky looks, rapid acceleration, big battery capacity, excellent range and good cargo space put the Bolt EV in third spot. Until recently, a European version – the Ampere E – was also sold under the Opel brand. However, these days, the Bolt is strictly a US-only vehicle. With great cabin space and enough zip to command city streets and the open highway, this electric choice for UberX is only let down by less-than-stellar interior design and materials – things that should be better in a car with this price tag. Nissan’s Leaf has been around since 2010 and, despite a cosmetic facelift in 2019, the car is starting to show its age. The all-new Leaf e-Plus has an upgraded battery pack, longer range and considerably enhanced performance from its predecessors, however there’s no escaping the fact that it looks a little drab. Solid reliability, excellent manufacturing and cosy familiarity put this one at number four. In short, choose the Leaf e-Plus if you want a tried and tested contender. 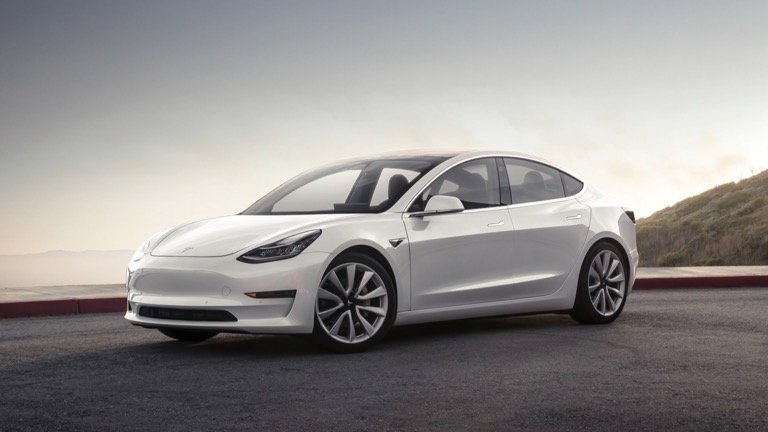 In at number five is a surprisingly affordable electric car from Elon Musk himself. Finally, the day has come for an affordable, entry-level electric car from Tesla! A truly well-engineered EV, the Model 3 four-door saloon offers spacious interiors, a smooth ride and it can really go the distance. The e-2008 is a mid-sized SUV with eye-catching styling, huge carrying capacity and decent range. The e-2008 is never going to smoke rubber when leaving the lights (nor is a 24 hours charging time on a standard wall-socket for such a small battery anything to cheer about). However, as you might expect from Peugeot, the e-2008 is well-built and it has the typically outlandish interior that’s beloved by the French. A second all-electric SUV fills our sixth slot – this time from Hyundai. The Kona Electric, a battery-powered version of Hyundai’s standard Kona small SUV, is never going to win a beauty contest. It’s a boring looking car – but this can be offset by the excellent range, punchy performance and above-average cargo space. The interior design is nothing special and the materials employed are a little tacky, but for horsepower and the convenience of a quiet city-hopping ride, it’s not a bad option. The price tag for the standard edition is great value, too. Pretty much all that was right and wrong with the Kona Electric applies to the Kia E-Niro, which is no surprise, given that Hyundai owns Kia and the cars are built on the same platform. Kia’s attempt to differentiate the vehicles boils down to a re-skinned body that gives the E-Niro a minivan silhouette and a larger carrying capacity. You could almost toss a coin to decide. Introducing VW’s electric incarnation of its venerable Golf hatchback. If you know the gas and diesel Golf, you pretty much know the E-Golf too. VW’s penchant for relying on good, solid, German engineering to sell their cars is going to fail one day, as the competition, particularly from South Korea, is getting so much better. The E-Golf is another reliable Golf, but this time with a battery –  albeit a rather small one. Last but by no means least, we introduce MG’s offering to the affordable electric vehicle game: the ZS. It’s not going to win any prizes for exceptional comfort, range or smoothness of driving, but it is one of the most affordable electric SUVs out there and comes with a decent charge time. Also, you won’t be packing passengers in like a clown car, unlike some of the latest EVs on the market.